The TCAP’s initial focus on these entities grounds the platform in the rule of law as well as delimits our proof of concept and refine our content collection and classification processes, we have decided to initially only include the official IS and AQ content and exclude supporter-generated material.

To determine which IS and al-Qaeda affiliate groups to include in the initial scope we used the following methodology:

Based on these criteria, the initial version of the TCAP will host content produced by the following groups:

To reiterate, by following the designation lists of democratic nation states’ and supranational institutions we ground the TCAP in the rule of law. We are aware of setting undue speech norms, and want to refrain from doing so. As there is strong consensus on al-Qaeda, IS and their affiliates in these designation lists, we therefore stress that we follow the legal designation from various democratic nation states and supranational institutions – which the below infographic demonstrates.

Designation under a synonym or umbrella group or by affiliation

IS provinces are sometimes designated under their new name (for example Islamic State Sinai Province), whilst at other times, they are designated under their former name (such as Jemaah Islamiyah). Since central IS command is designated by all countries and bodies consulted when developing our policy, and propaganda from these provinces gets disseminated through central IS propaganda channels, we have decided to include all recognised IS provinces in the first version of the TCAP and identify them by their province names.

As stated with our policy on the inclusion of Islamist groups, the TCAP is grounded in the rule of law and therefore follows the legal designation of terrorist groups and individuals by democratic nation states and supranational institutions. The infographic below summarises which far-right entities are currently designated by these democratic entities, and therefore, included in the TCAP.

We closely follow the designation of further violent far-right organisations and individuals, and will include any new designated entities in the TCAP as soon as they are legally designated by the above democratic institutions and nation states.

TCAP Support for the Christchurch Call to Action

To commit to the Christchurch Call to Action, the TCAP will expand its inclusion policy to include material produced by Christchurch attack, who last year was designated by the New Zealand government. The TCAP will alert material directly produced by the attacker to tech companies, including the manifesto and copies of the livestream of the attack. In cases where content is either a direct translation or an audio version of the manifesto, we will also alert such content to tech companies.

The TCAP also includes promotional materials produced by individual violent extremists that have carried out terrorist acts when we find a legal basis for inclusion. This primarily relates to terrorist manifestos and livestreams when are they are banned or designated by democratic countries. The TCAP includes these publications and livestreams based on their classification as "objectionable content" by the New Zealand Classification Office: 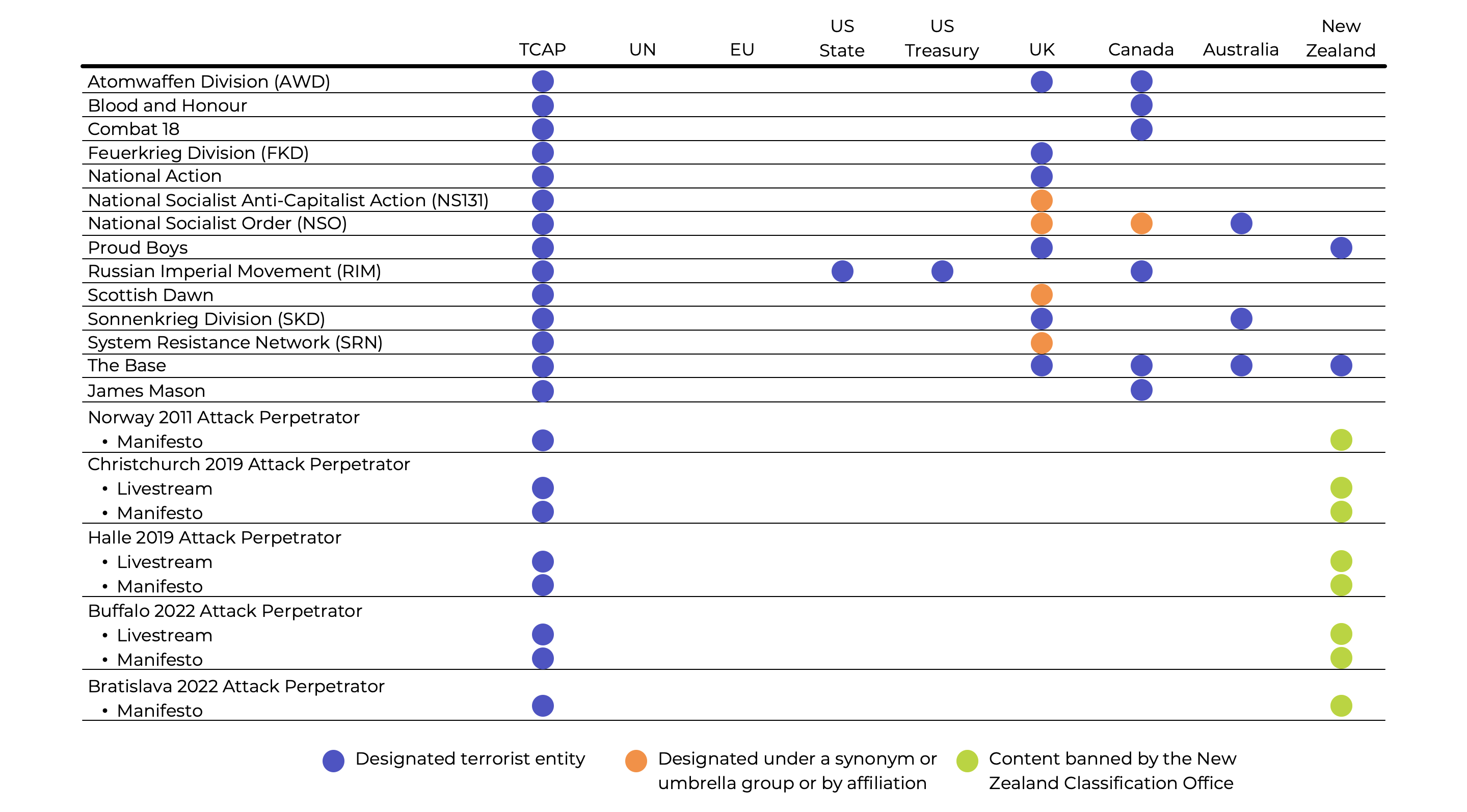 We envision updates along the following lines in future: